This is my second post of the day. If you're looking for lawn fawn gingerbread tags, scroll down or click *here.*

It's time for Mama Elephant stamp highlights! We're showing off 2 sets today, arctic penguins and jolly & merry. The sets were meant to work together, with images in the one and sentiments in the other.

I made 2 cards for you today. First off, a sweet little lonely penguin. 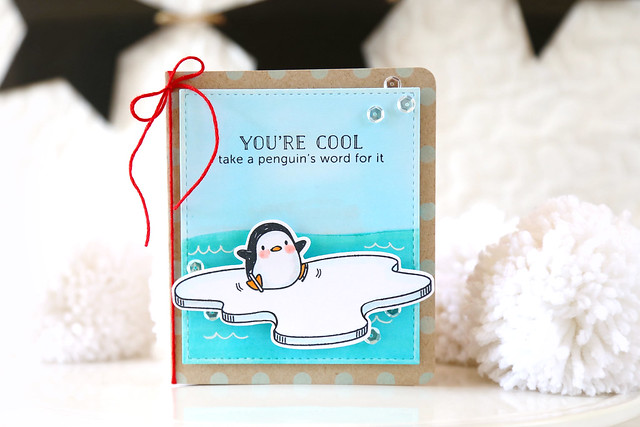 The ice blocks in the set are really small, and I wanted to have a huge one that would fill the entire card width. Some selective inking and voila!

Here's an idea of what I did, although I didn't end up using this for my final card: 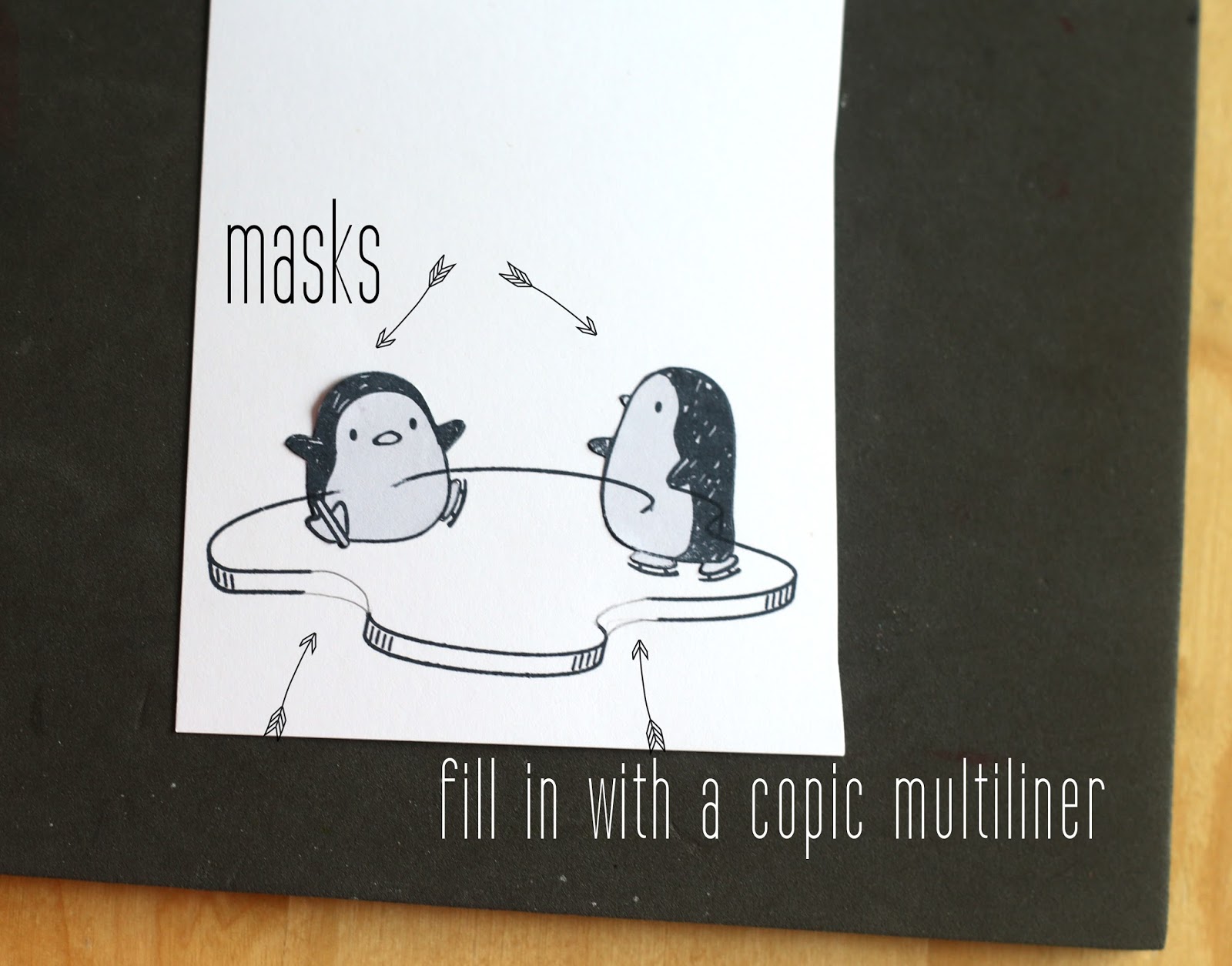 If you stamp the penguin first, and then build the bigger ice-block around him it works so much better. You don't need the lines to join up over the masked penguin.

I hope the picture makes sense to you! It's really easy to customize almost any stamp this way. 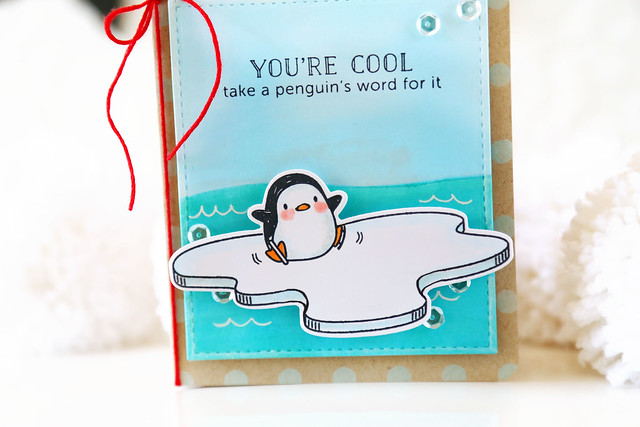 Once I had him on his larger ice block, I used the partial die-cutting technique to cut them out together, and set him adrift on the ocean. Two different copic markers are all it took to make a sea and sky, and I used a white gel pen to doodle in some waves. 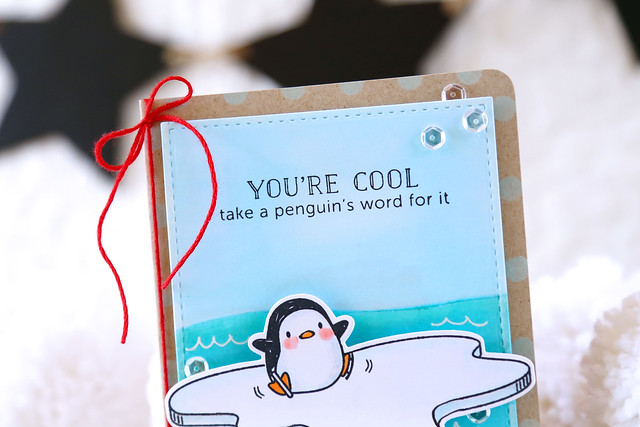 The sentiment is from jolly & merry, and so cute!

Speaking of jolly & merry, I just love the larger script words found in that set: 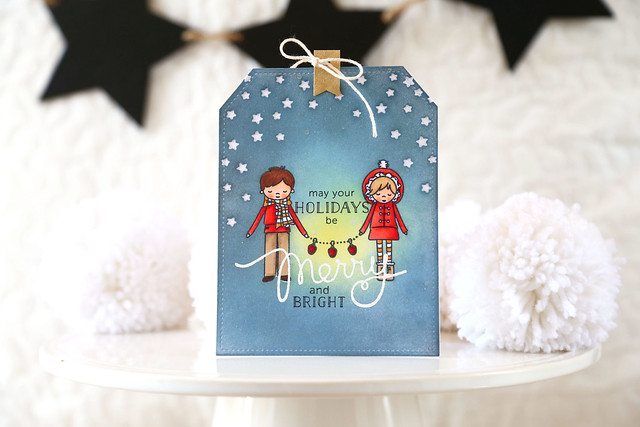 I created a giant tag shaped card, and used the starburst cover as a backdrop to my scene.  The alpine carolers are holding a string of Christmas lights. 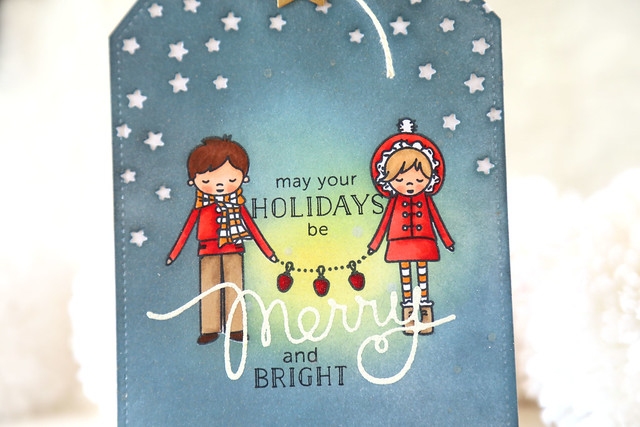 Aren't they cute? A lot of masking and inking to get the entire tag covered in a night sky color, with a yellow glow for the sparkling lights.

I heat-embossed "merry" and let it spill up onto the images. It's nice and thin, so it doesn't overwhelm the carolers.

I hope you like both projects! There's more to see on the Mama Elephant blog today!