Now that the parties are done (well, the first 2, anyways...) I thought I'd share my favorite shots from Thomas' pirate party.

We have a whole chalkboard wall in our kitchen - we drew a simple mural, which the kids are blocking... but they're cuter than the wall, so I'll allow it... ha.
Sofia helped me color in the treasure hunt map.  When the kids arrived, they were given pirate hats but had to "hunt" around for the rest of their gear: pirate hooks, swords, eyepatches, and telescopes.  Great fun!
Give a 4-year-old a play mat, and enjoy the hilarious/creative play.  The dialogue those kids were coming up with was priceless.
My hotter-than-yours hubby (JUST KIDDING, haha!) demonstrated how to properly walk the plank.  It was a bit wobbly, which only added to the fun ;)
Honestly, what little kid doesn't go crazy for chocolate cupcakes?  Let's keep it simple, right?  Pirate flags, chocolate cupcakes with gobs of chocolate icing.  They were oohing and aahing as if I were Martha Stewart...  if only every audience were so easy to impress!
This was our gift to the parents.  We finished them off with a story - calmed them down after all the sugar of the cupcakes, brownies, cookies, and choco-marshmallow pops.  Even the nicest kids go bug-eyed and crazy after that big of a goody-buffet...
Obviously, they had to take home their own treasure boxes filled with gold chocolate coins... No pirate party would be complete without some shiny loot!
Just for fun, check out one of the printables my sis made especially for our party - obviously more for the moms than the kids! 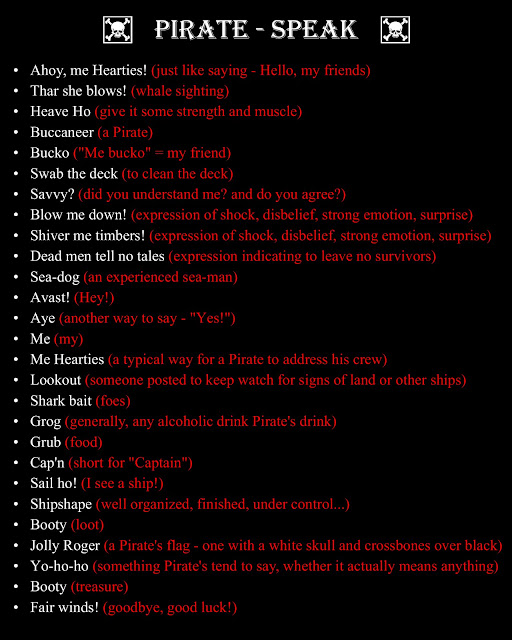