Just for fun, I'm sharing an illustration I made for Sofia.  She isn't a runner, and with her knees still recovering from last year's surgeries she was so nervous to have to run 2K in her gym class. I tucked this little card into her lunch box and hoped it would put a smile on her face. 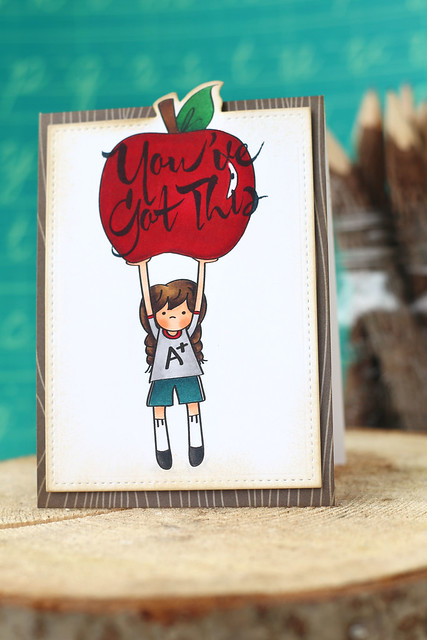 I hand-drew the girl and her huge apple, then scanned and turned it into an illustrated digital image for myself. 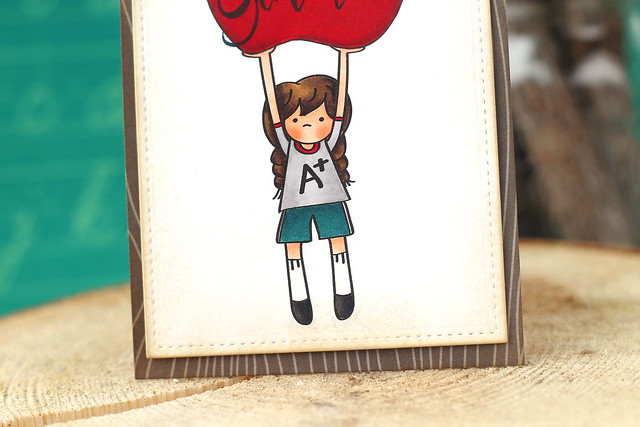 I thought she looked pretty cute in her little gym shorts and high socks. A little retro cool. But maybe not with black shoes. haha. Not sure why I colored those that color now that I look back. 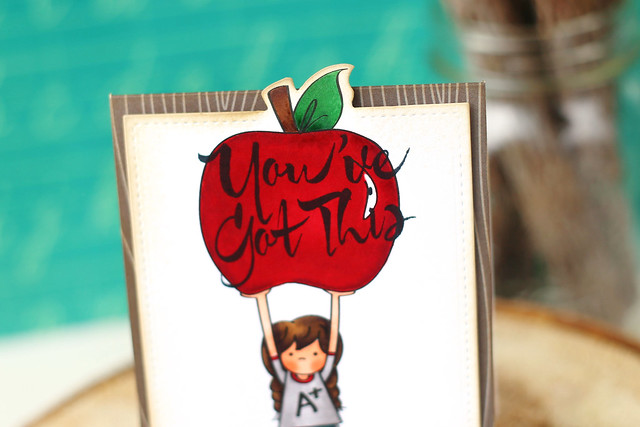 I used my favorite Avery Elle sentiment, and stamped it twice for a heavier and crisper impression. I wanted to make sure the sentiment would stand out.  I used a stamp-a-ma-jig to make sure that I landed in the exact same place on the second stamping.  My hands aren't steady enough to wing it.

I also did some fancy die-cutting around the apple stem and leaf: I washi-taped my stitched rectangle die where I wanted it and sent it through the big shot 3 times: once to cut the lower half of the rectangle, and then on either side, making sure not to cut where I had the apple bleeding outside of its borders.  Finally, some scissor work to cut the top of the apple and make it look seamless.

I loaded the whole thing onto a walnut notecard (I need more and more of these, I can't stop using them!) and popped it into Sofia's bag.

When she came home, she had tears in her eyes because she was in the slower half of her class, but when she said: I didn't give up, mama. some of the girls quit, but I made it to the end -

Here's to not giving up. You've got this, not matter what your "this" may be.