Y'all know I'm not a scrapper, and I rarely make anything other than cards or party decorations.

But Ashley's video made it look so easy to create a mini-book... 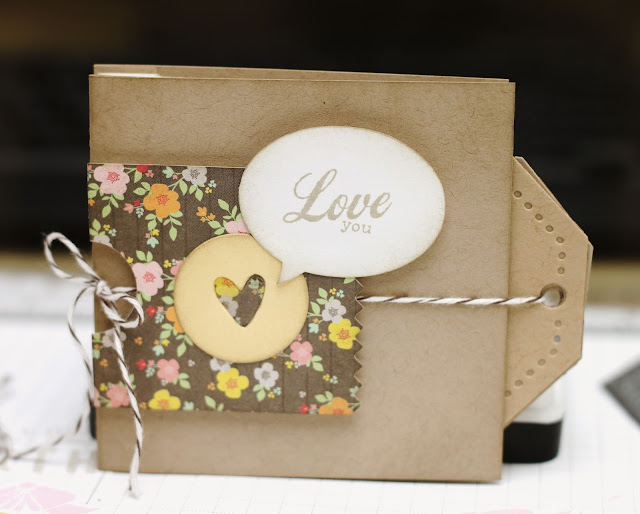 I made my album quite a bit smaller than Ashley's - the envelopes I used are made for 3x3 inch cards.  In the spirit of just enjoying the process (and therefore, keeping it simple,) I decided to make a little book of love notes for Sofia.  She was making me a picture while I created this mini-book :) You'll understand more as I go along, but I slipped a tag into each envelope.  To bind the book, I threaded a piece of twine through each tag, and then tied a bow on the top of the album. 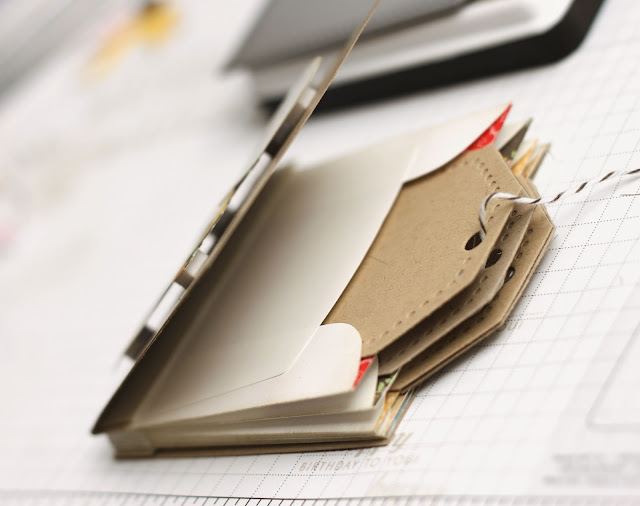 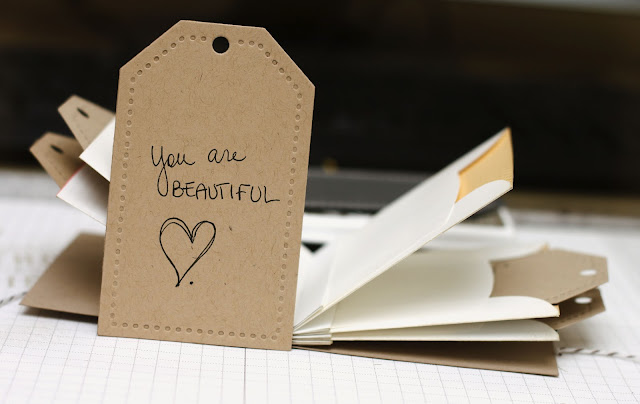 I hand-wrote a simple note on each tag.  I know that Sofia has been feeling a bit down lately: not even 2 weeks after her tonsil/adenoids surgery, we've been told that she'll be needing knee surgery on both knees... and that it would be best to have them done sooner than later.  We suspected as much, and were prepared for this news, but the timing is unfortunate.  Just thinking about it is overwhelming, and I know that she has been feeling some stress as well... I hope that my mini-book will cheer her up!

Email ThisBlogThis!Share to TwitterShare to FacebookShare to Pinterest
Labels: PTI, stamp a faire