I'm here and on the Avery Elle blog this morning with a different take on those cute pandas from Party Pals: 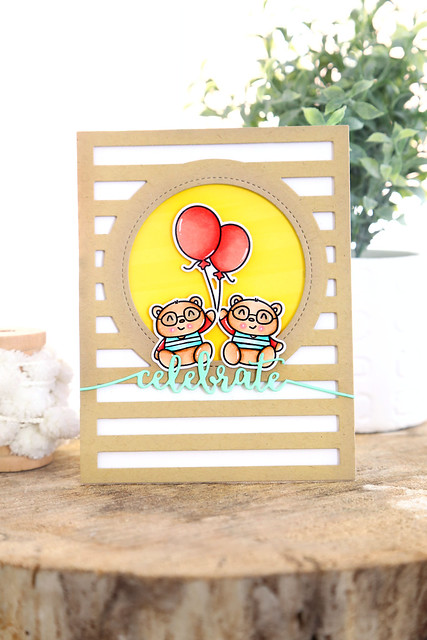 The lines around the eyes are meant to be colored in so that he looks like a panda, but I added some lines using a copic-friendly pen and voila! glasses. After everything was colored, I added glossy accents to those glasses, which is so fun in real life.

Since it was already going a quirky route, I also added a few extra lines to give the bears some sweaters. I know that some of you are experiencing springtime weather, but it just snowed the other day in Montreal. The bears looked cold. 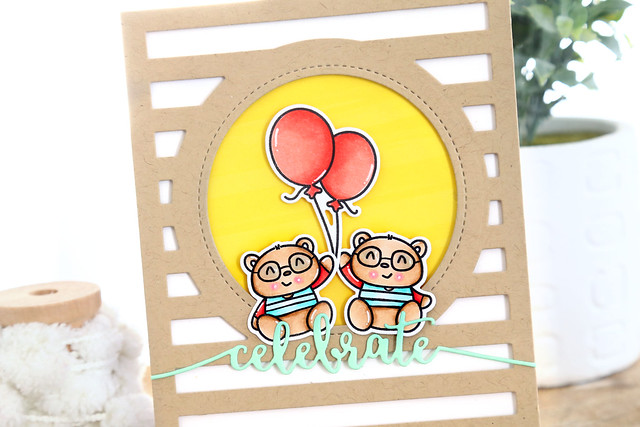 I gave them balloons to hold (from Toucan Party) and set them against a bright yellow background. To make that bright yellow really pop, but also not be super overwhelming, I confined it to the inside of the circle (from the Horizontal Stripes Ellements.)

I opted to not stamp a greeting, but cut the word celebrate (from Sentimental Ellements) in a fun mint color.

I hope you like it! Thanks for stopping by!