Before Ryan's shark party, (if you missed it, click!) there was Evangelina's Jaws-themed party.

I can't claim all of the fun ideas you'll find in this party - Tanya saw *this* party and we adapted what we saw for Eva's spread.

Tanya snapped a few quick photos in the most awful apartment lighting, but I hope you'll enjoy a look anyways: 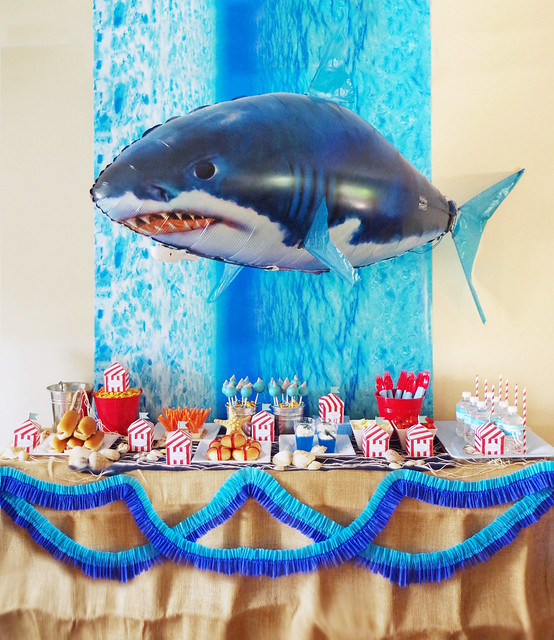 That giant motorized shark was the star of the party, even if it was hard to keep him still enough for a photo. When he wasn't bobbing over the food table, he was swimming across the room, over the girls' delighted heads. 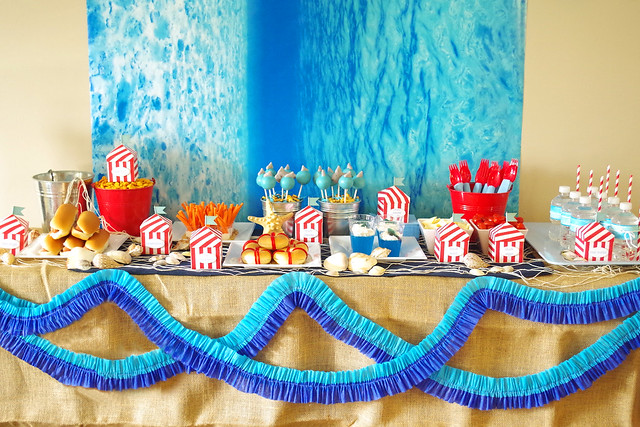 The backdrop was a roll of wrapping paper that Tanya found at Michaels, and hung sideways so it didn't look quite as "surf & sky."  We still had to endure a few "hey, did you guys hang that sideways?" comments. ha. The ruffled banners were modeled after the original Jaws party, and made out of 2 colors of crepe paper. I love the look!  The tutorial can be found here. What I love is that I can roll them up and store them for a future party. Which I did. I used them again for Ryan's shark party. 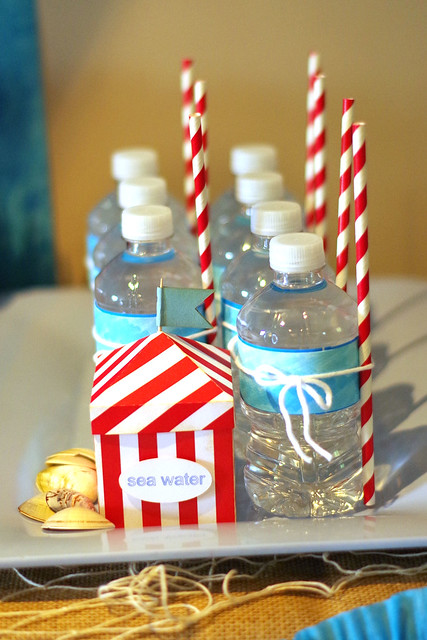 We served up sea water, 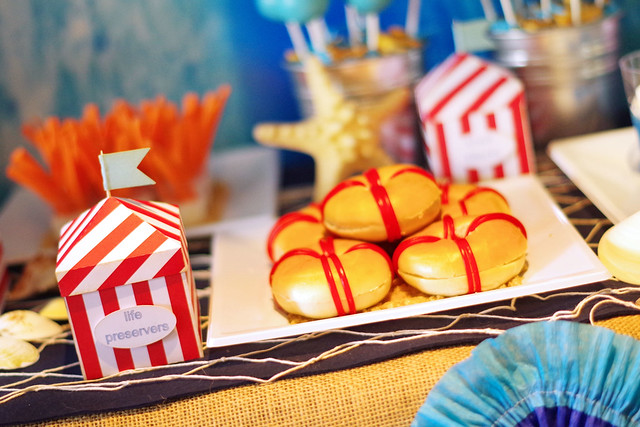 life preservers, (the girls found it amazing that lunch was served with long strings of licorice) 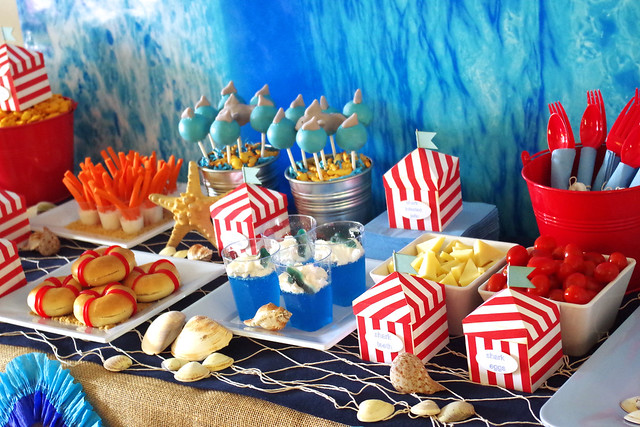 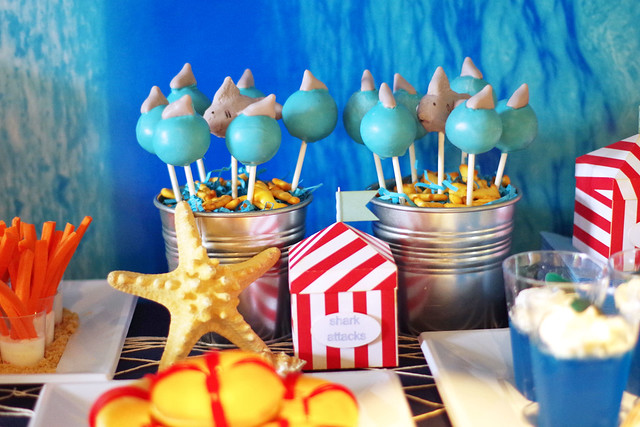 My favorite things were these "shark attack" cake pops. They were adorable!

All of the food labels were made to look like beach cabanas. I used a silhouette file that was meant as a circus box (this one.) 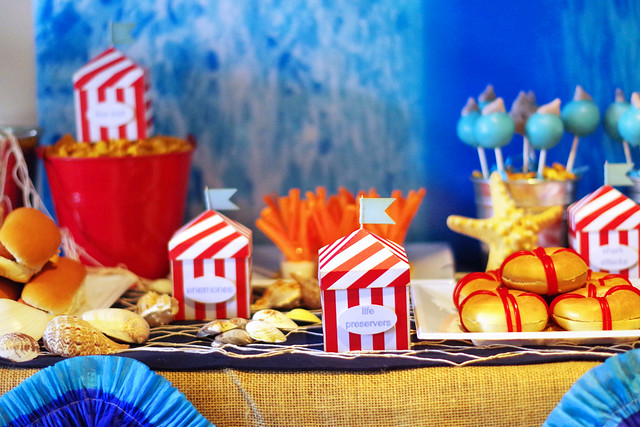 This party was so much fun! Evangelina's dad was a hoot, dressing up in a full-sized shark costume, but he was also amazing with the girls, helping them create their own shark tooth necklaces. 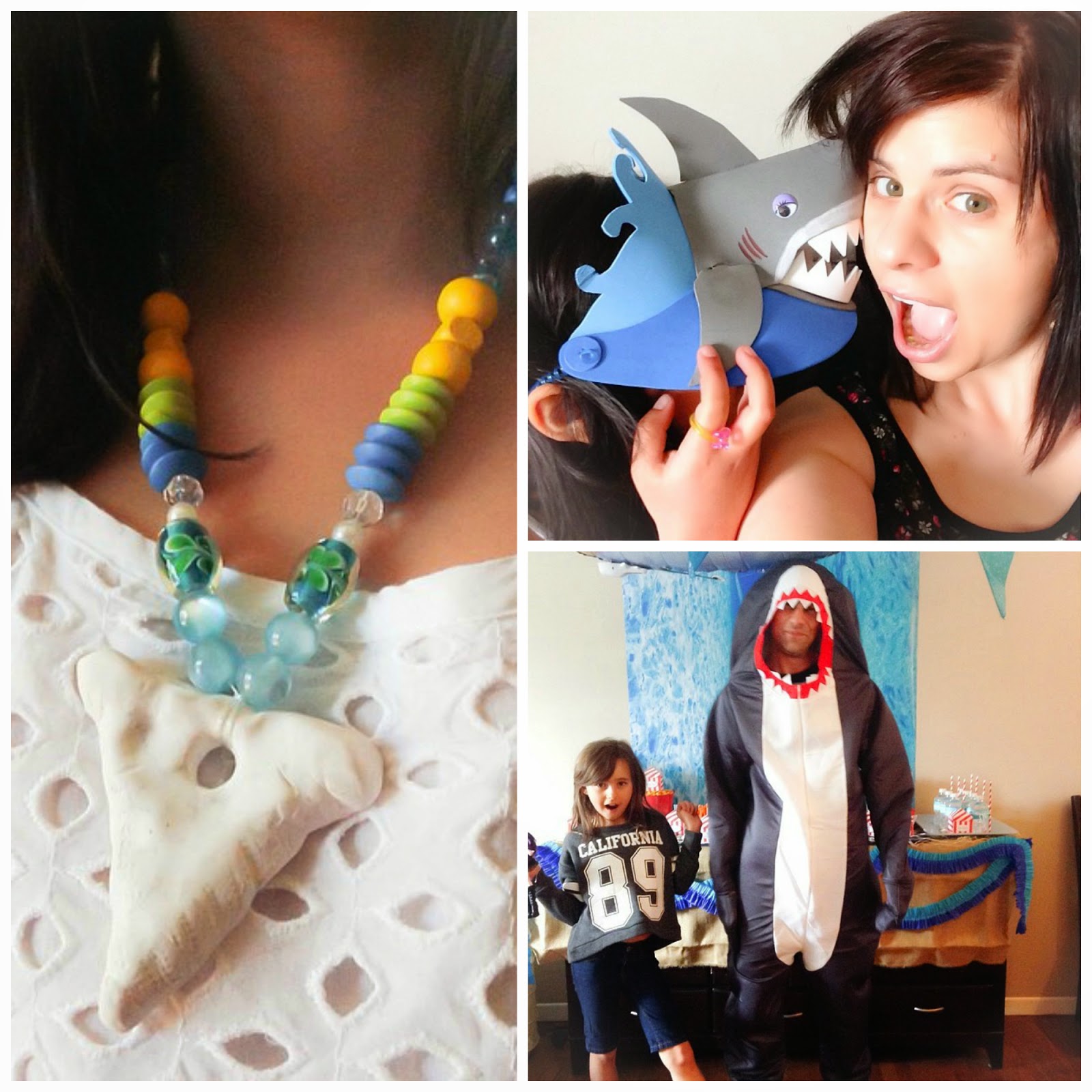 Yep, that is one giant shark tooth. And yep, I look nuts. And yep, so does Jason. haha.

I've known Tanya and Jason since high school, where he was voted most artistic of our senior class. Even so, I was amazed to learn that he made the party hats himself: 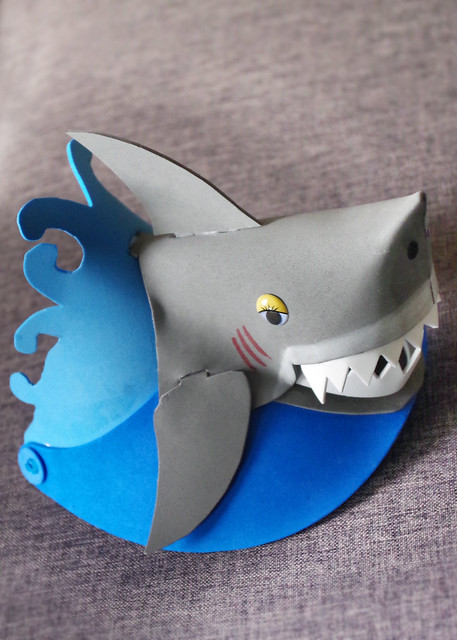 I hope you enjoyed this look into Eva's Jaws party!