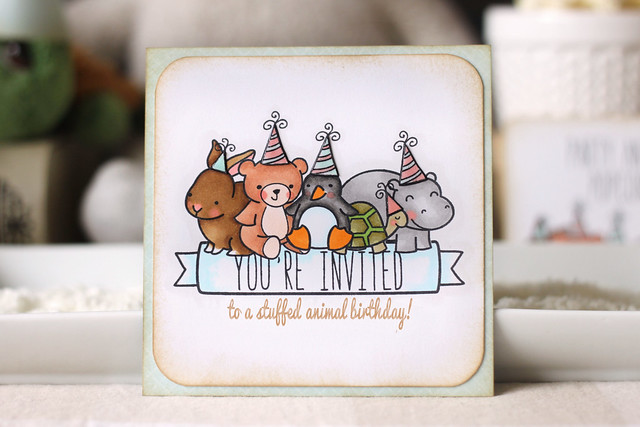 to a stuffed animal birthday party! 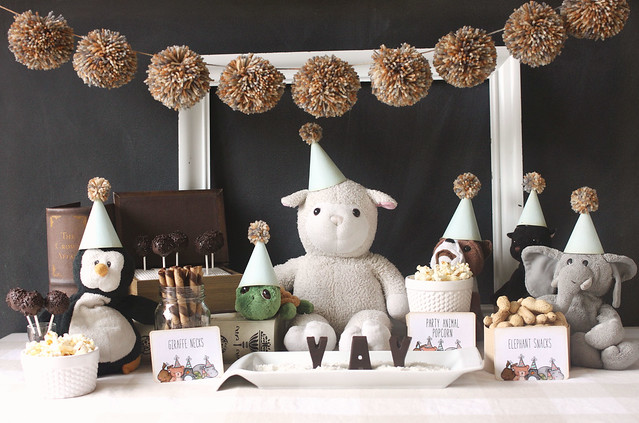 This set-up makes me giggle. Is there anything sweeter, for a small child's birthday party? Party hats for everyone! 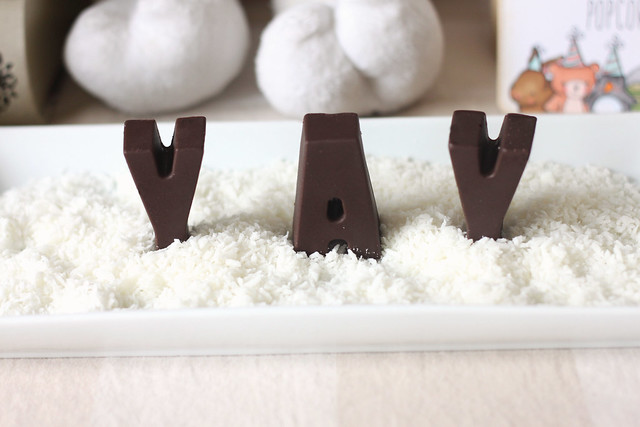 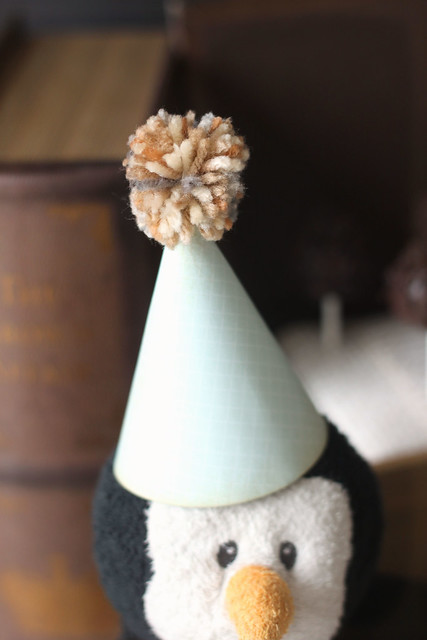 I mean, lookit those eyes. ha. I created this party for lawn fawn, using a mix of their stamps to created a fun scene. 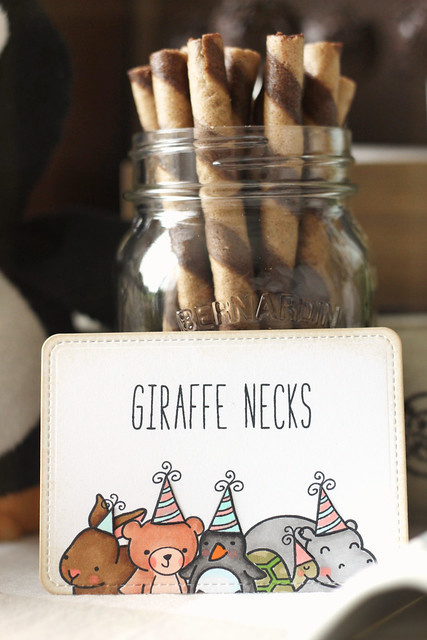 I masked the animals to look like they were huddled in together, and gave them party hats, just like their real-life counterparts. 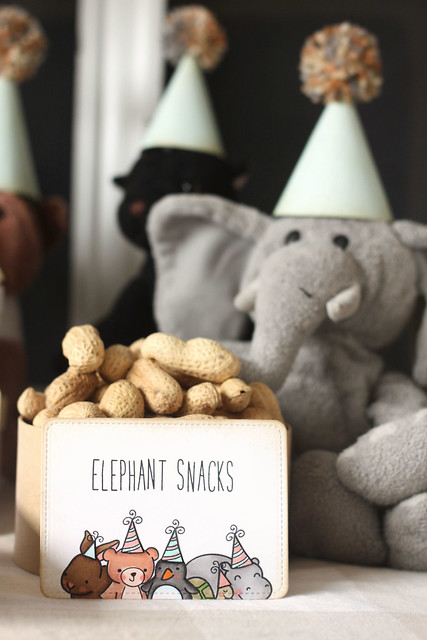 I used my favorite alphabet stamps to create my custom food labels. 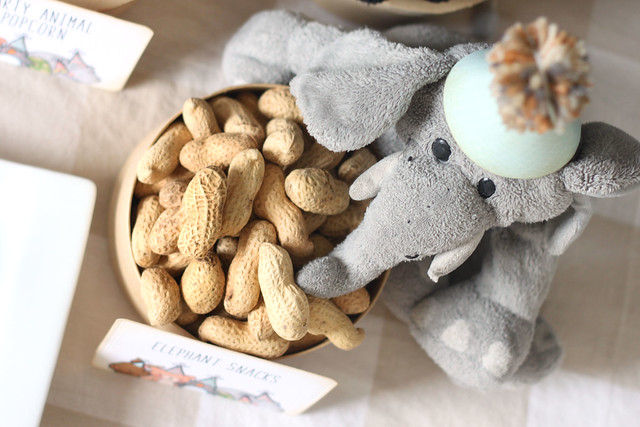 The food is so simple, and there are so many other possibilities when you think of the stuffed animals: monkey munch, penguin pops, kitty cupcakes. I dunno, but they all sound like fun! 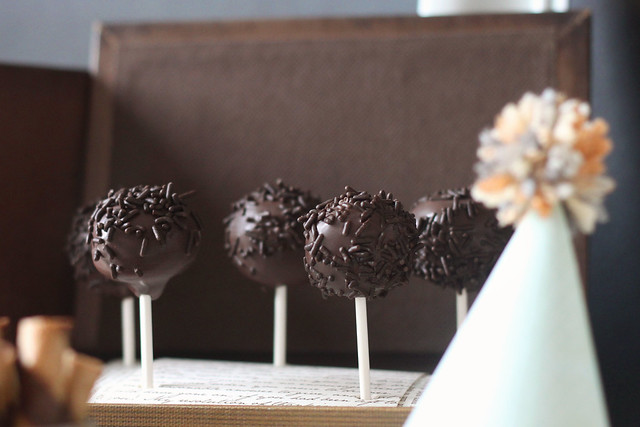 The cake pops look like pom poms, I think, to match the rest of the party. 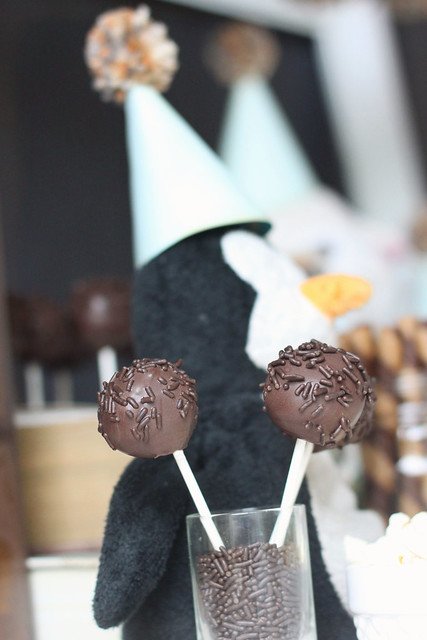 Careful, I think the penguin is sliding a flipper around here... sneaky, sneaky. 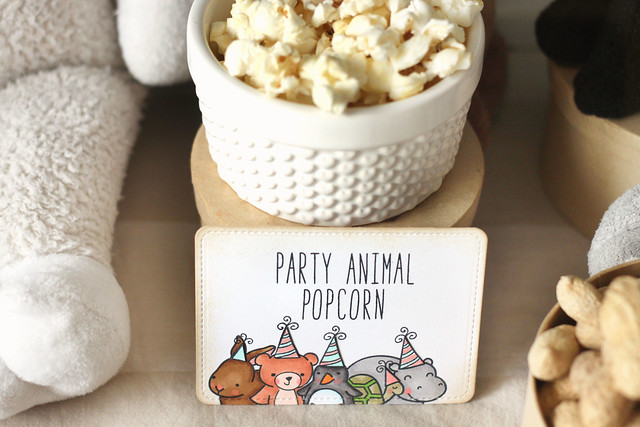 My favorite thing is the huggably soft big pom pom garland.  I wanted to keep the garland as soft as the stuffies themselves, and I'm still obsessed with pom poms: 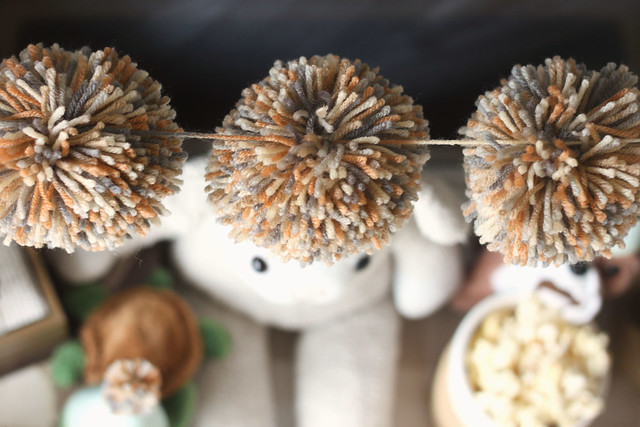 Kelly asked me how I made the bigger ones when she saw the pictures! I used *this* pom maker, in case you'd be interested in making some of your own! 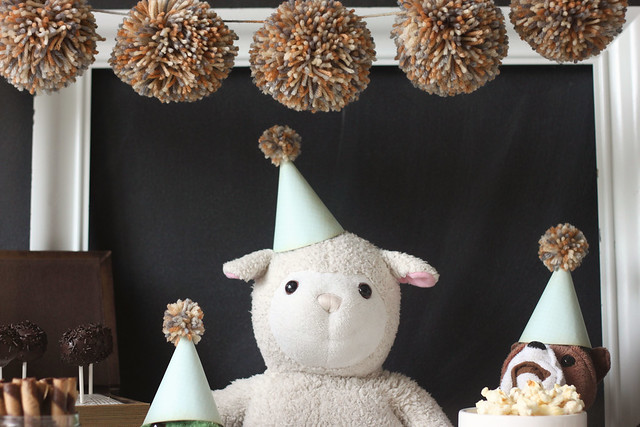 I hope you liked this month's lawn fawn party!  My kids thought it was hilarious, and as always, danced around me waiting for the photos to be done so they could dig in!