For day 2 of July's Neat and Tangled release week, I get to introduce a 3x4 set I illustrated, called So Foxy. If you loved the simplicity of the previously released Koalifications set, I think you'll like this one too! 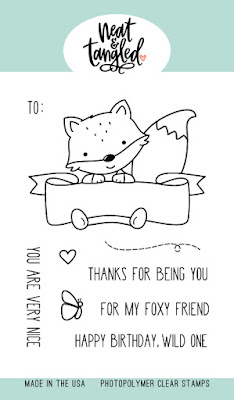 I have a few projects to show you: 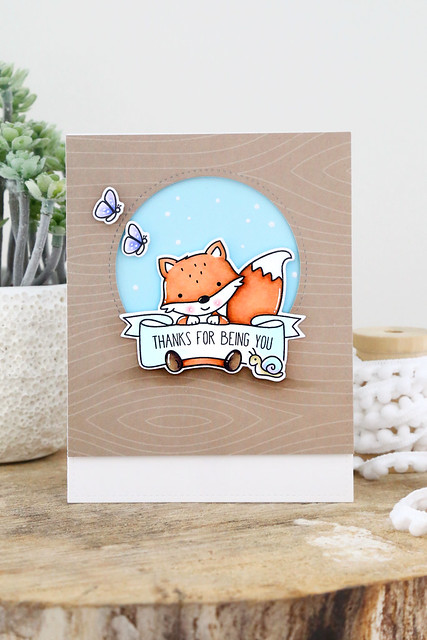 The image is all one stamp - the fox holding the banner. There are different sentiments you could put inside. I designed the image to work on a card front, but also for tags. Just a little note: the sentiments are all straight, but I bent the sentiment a bit to fit it over his little feet. It's so easy to do! But keeping the sentiment straight means that you could use them apart from this one image. 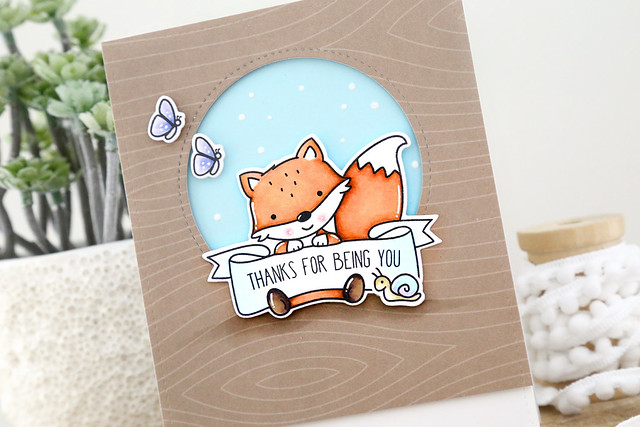 I stamped and colored the fox, and set him onto a soft woodgrain background. I cut into the background with a circle die and slipped a pop of blue behind him. I colored a few butterflies included in the stamp set, and also the little snail from Later Alligator (which you'll see more of soon!)

I also have a simple tag idea to show you: 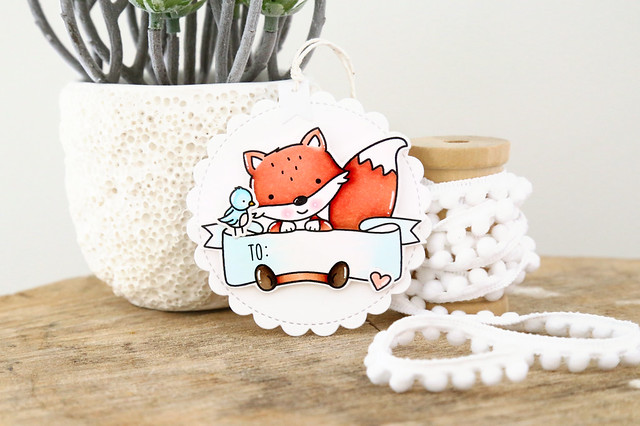 I just think this is so sweet. The little bird from Later Alligator, perched on top of the banner. I simply adhered the images to a scalloped circle shape and added a folded flag topper to create a tag, ready for gifting.

I hope you think she's so foxy! Leave me a comment before you go - you could win a $25 NT gift card at the end of the week. And check out the Neat and Tangled blog for more of this sweet fox - click!

Email ThisBlogThis!Share to TwitterShare to FacebookShare to Pinterest
Labels: later alligator, neat and tangled, so foxy